Netflix is one of the most popular streaming devices of our time. Netflix was created in the late 1990s, but fully launched in early 2000 and was an instant hit among the American population. As a college student, having the option of Netflix for streaming videos is an excellent feat. Netflix initially opened it’s  company as a DVD renting company at a low rate without excess fees. It then blossomed into a multi billion dollar corporation that streamed upward 35,000 plus titles of videos, as well as 10,000 show titles including seasons of series past. The founders, Marc Randolph and Reed Hastings, stationed the corporate structure out of central California, to where they both worked for computer tech companies prior to the launch of Netflix. And it’s proved to be an extreme success.

This technological advance fits the need for our time, not only for ease of access, but for monetary spending. Netflix charges $8.99 a month for unlimited streaming on multiple devices, to where regular cable and extended cable packages run between $60-200+ monthly. Considering that most people work and have obligations, Netflix tends to be the optimal choice. Cable offers up to date video, but Netflix is not too far behind. The average upload rate for Netflix is five to ten new titles weekly, which gives the viewers optimal choices for video streaming.

There is definitely a new social culture associated with Netflix. Initially, the viewer ratio was under the thirty-something crowd because they could afford it. Soon after the explosion of popularity within the company, the primary audience/subscribers became college students because they could binge watch shows during their free time.

Netflix has become the top streaming corporation in the world as of date. They stream in fifteen different provinces worldwide and have stayed affordable for the common wealth viewer. The success of Netflix has been astronomical in our current technological world and has proved to be efficient, affordable entertainment for all users of different age, sex, preference, race, and all people alike. 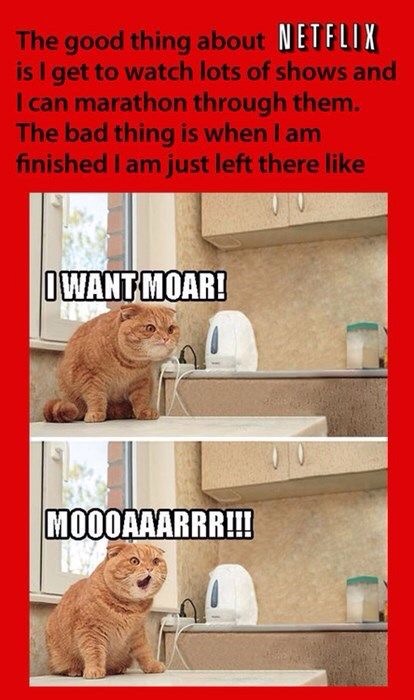